In 1886 the first official weather observations were made in Kilkenny – within the grounds of Kilkenny Castle.Records continued to be made up to the start of the 20th century.Just one year after opening, on the 26th June 1887 a temperature of 92° F (33.3°C) was recorded. This is regarded as the highest temperature ever recorded in Ireland. The month of June 1887 was particularly hot and dry with anticyclonic conditions located over or just to the south east of Ireland. There was only 5mm of rain recorded in Kilkenny during the month. 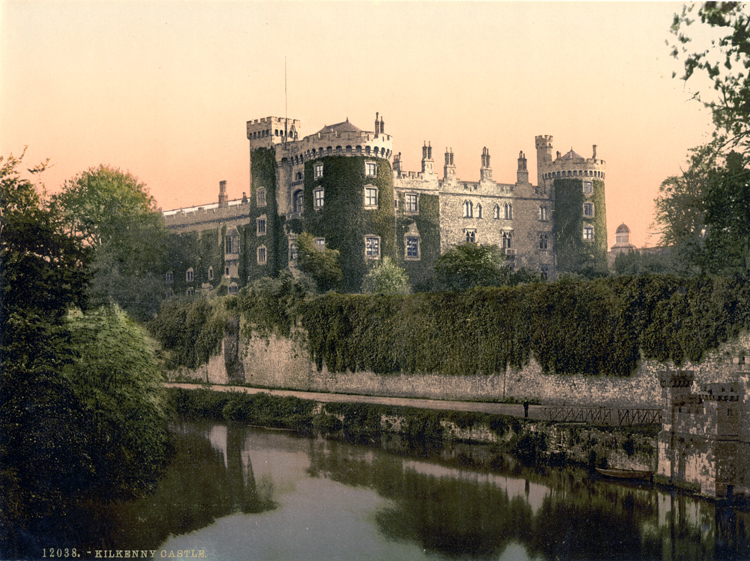 I have found a copy of the Report of the Meteorological Council 1890 which mentions the inspection that took place at Kilkenny Castle in August 1889 (Two years after the record breaking temperature was recorded). The report states that the instruments were all in good order. The maximum thermometer was checked against a known good standard thermometer and the correction to be applied was found to be 0.0° (i.e. the theremometer required no correction and was reporting the true value). 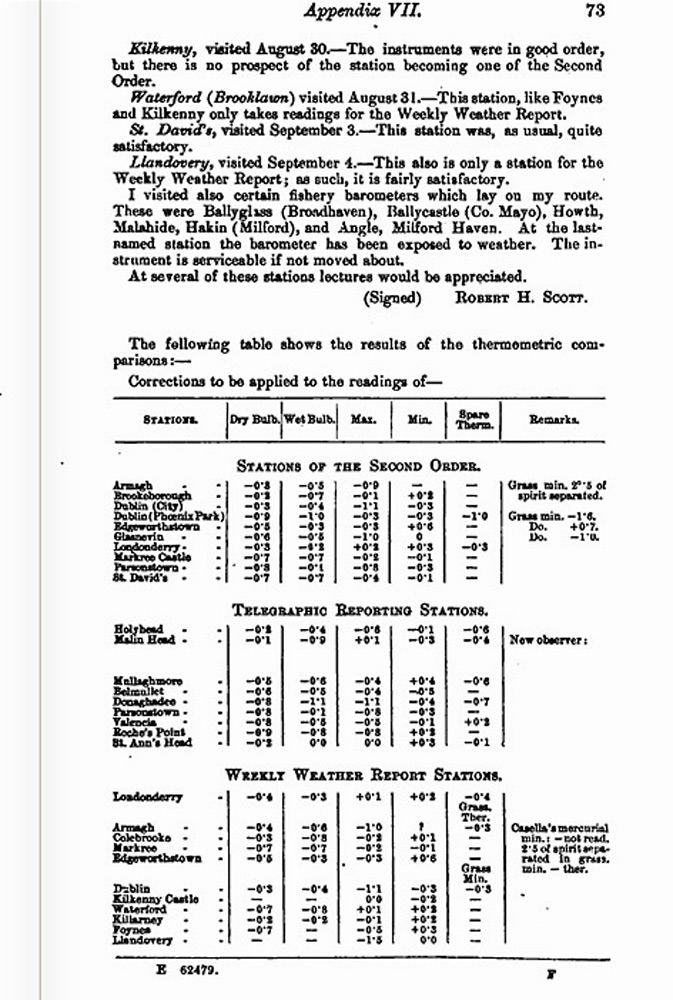 June 1887 was warm across all of Ireland with temperatures frequently higher than those in Britain. This report from the "Meteorological Magazine" is from Edenfel Co Tyrone.(Note temperatures are quoted in Fahrenheit):

"I append a record of the temperatures reaching 80 degrees and upwards in the shade during the recent hot weather here, the thermometers used are Negretti and Zambia's, and the readings were verified by a standard instrument by the same makers, with a Kew certificate.

This record is remarkable for several reasons. It seems to be above the average for the same period for all British stations to the south and east of this. A shade temperature of 80 degrees has not been reached here in the month of June during the past 25 years, nor. as far as I can ascertain, for a very much longer period ; nor even in the months of July nor August, except in the years 1867, once ; 1868, nine times ; 1869, once; 1870, once; 1876, once; 1878, twice; and 1880, once; yet it will be seen that it has been reached or exceeded nine times this year already. The temperature of Friday, the 24th June—max. 84°, min. 60°—has I think hardly been reached here before ; although, curiously enough, I have a record for the 24th June, 1826, of 87° in the shade, but it requires verification. Both in that year and in 1820 the greatest summer heat occurred here in June. They were both most prosperous years, as to which I am glad to say this year gives a like promise."

There is a detailed account of the heat, and more especially the effects of the drought of 1887, given here by Richard M Barrington. It gives great detail on the effects on tillage crops.