The month of September began with some very fine weather with plenty of sunshine and temperatures peaking at 22°C on the 2nd. By September 5th (the day of the all-Ireland final) the high pressure system that gave us such fine weather had pulled to the east. It was still warm - with temperatures reaching 20°C - but a slow moving frontal system was pushing in from the west. See synoptic chart below for the situation at midnight. 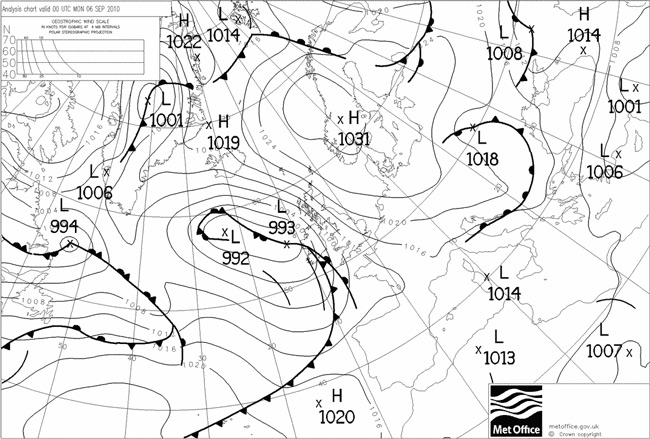 The rainfall began at 8pm in Kilkenny. The frontal system became stalled over the middle of the country and over the next 24 hours there was some intense pulses of rain over Kilkenny area. The chart below shows the hourly rainfall from 8pm on the 5th until midnight on the 6th. The heaviest rain occurred at 3am and 4am but there was more torrential rain at around lunchtime on Monday. The last burst of rain occurred just as the reception for the all-Ireland hurlers was taking place. The total rainfall for the period 8pm on the 5th until 8pm on the 6th was 88.1mm. This was the heaviest 24 hour rainfall at Kilkenny since records began (1957).

Luckily, August 2010 had been a very dry month. There was only 28mm of rain for the whole month and after the warm dry weather at the start of September the ground had turned very dry. There were reports of some flash flooding and bridges on some minor roads were blocked - however in the city the flood relief scheme dealt with the deluge very well. The pictures below show the river at about 8pm on the 6th. Note the large logs being carried downstream. Also included is a video of the rainfall radar (courtesy Met Éireann) for this day. 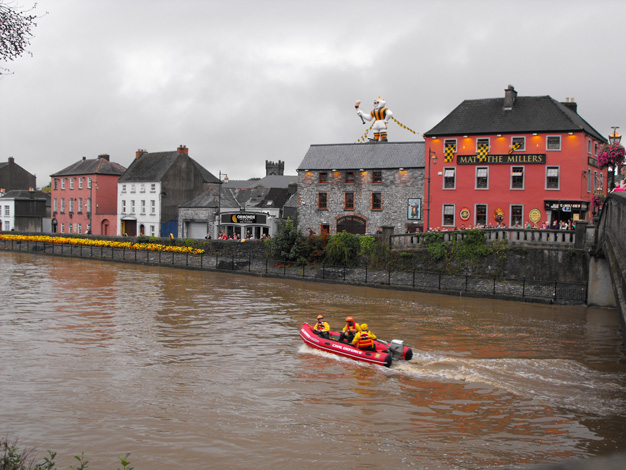 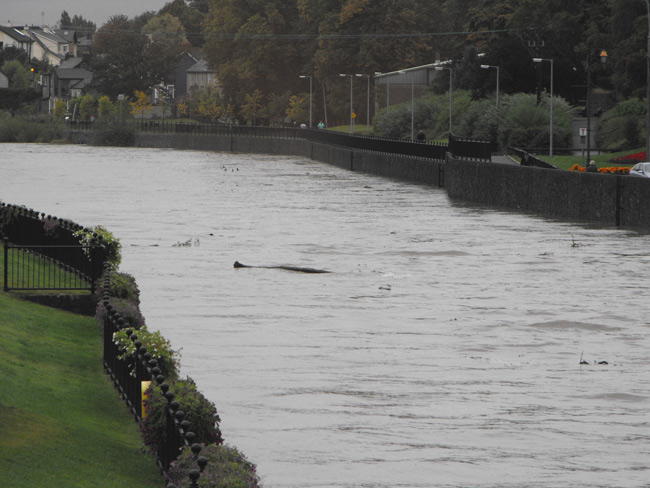