During Autumn 2013 we have witnessed one of the most colourful displays of the autumn foliage ever seen in Ireland. During the middle of November trees all around the county took on a fabulous colourful array of oranges, reds and yellows such as these : 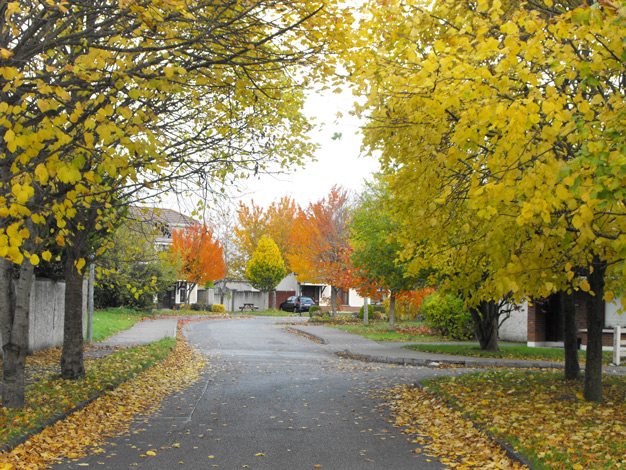 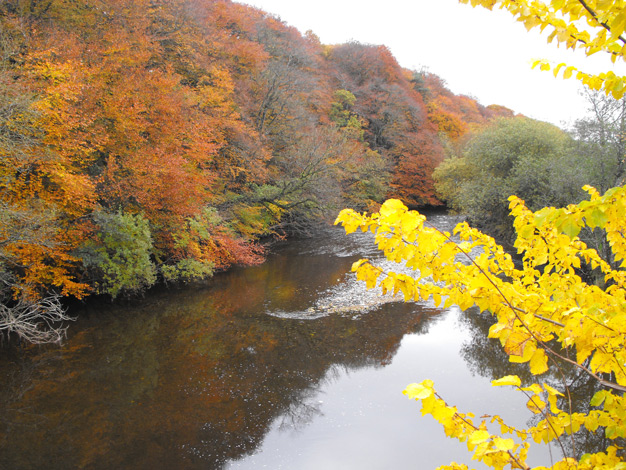 Why do the leaves change colour?

As the tree grows throughout the Spring and Summer months, chlorophyll is constantly replaced in the leaves. The chlorophyll gives the leaves their green color. As the nights get longer in the early autumn, the cells near the juncture of the leaf and stem divide rapidly but do not expand. This action of the cells form a layer called the abscission layer. The abscission layer then blocks the transportation of materials from the leaf to the branch and from the roots to the leaves. As the chlorophyll is blocked from the leaves, it disappears completely from them. The lack of chlorophyll allows the yellow (xanthophylls) and orange (carotenoids) pigments to be visible. The red and purple pigments (anthocyanins) are manufactured from the sugars that are trapped in the leaf. These pigments in leaves are responsible for the vivid color changes in the autumn.

Why are they so vivid this autumn?

The weather has an important role to play in the production of this colourful display. You need the right combination of events. This year there have been 4 key factors :

The leaves were slow to bud on the trees last Spring with many trees bare right up until mid-May. We had just experienced one of the coldest March months ever and April saw only a slow rise in temperatures. Generally speaking deciduous leaves have around a 6 month life expectancy which meant the leaves could stay on tree later than usual (provided there was no strong gales).

We had temperatures well into the 20°s in late September (23.8° on 21st) and even 20° on 7th October. This coupled with plenty of rain throughout October helped maintain the leaves in good condition (drought can cause the leaves to fall earlier, even before they have time to change colour).

Following the warm mild days of October, we had some cool nights in November. This is an important stage because the cool temperatures help the abscission layer to form and causes the chlorophyll to be destroyed more rapidly. We had 10 nights with air temperatures between +2° and -2° and there was a considerable change in colour between Nov 1st and Nov 15th.

But the cold at the same time, wasn't too severe. If the temperature dips too low, it can cause some trees to shed all their leaves overnight such as in October 2003 when there was a severe air  frost of -5°. So it is a finely balanced thing.

There was some gale  gusts in Kilkenny on Oct 27th and again on Nov 2nd but after that the winds remained quite light and these light winds were crucial in keeping the leaves on the branches for much of the first three weeks of November.

Some more colourful images from Kilkenny: 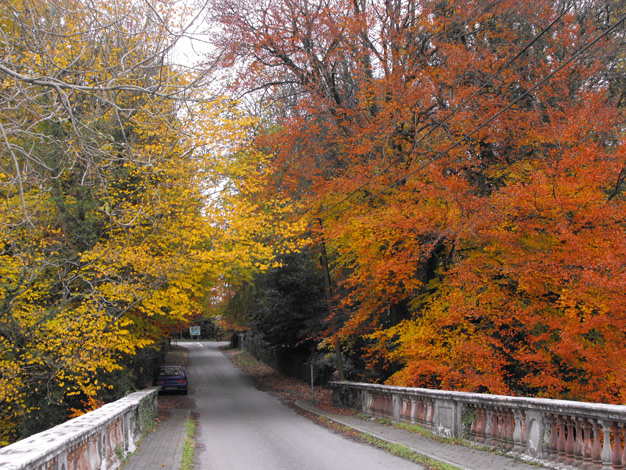 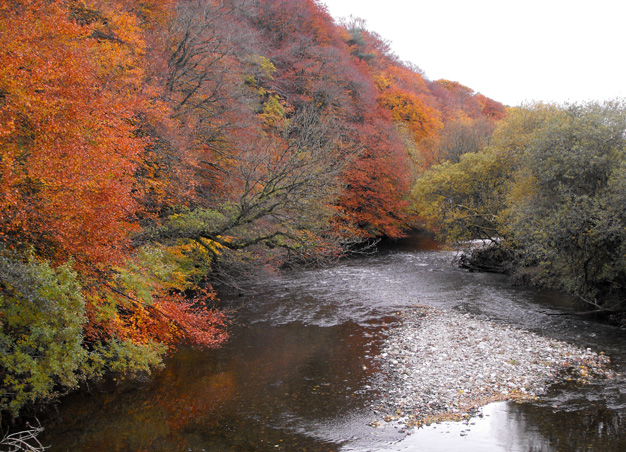 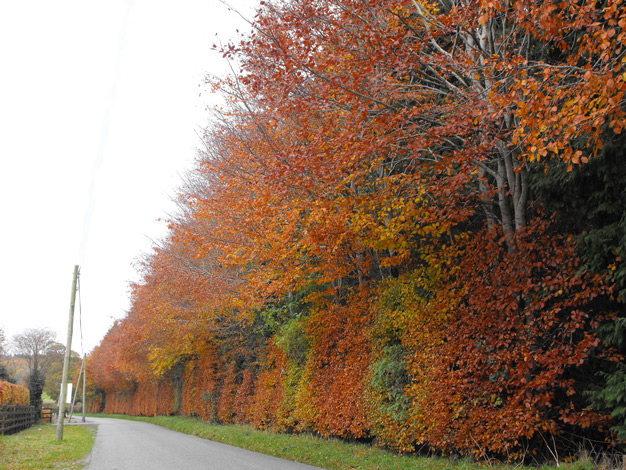 And from Wicklow too (Glendalough): 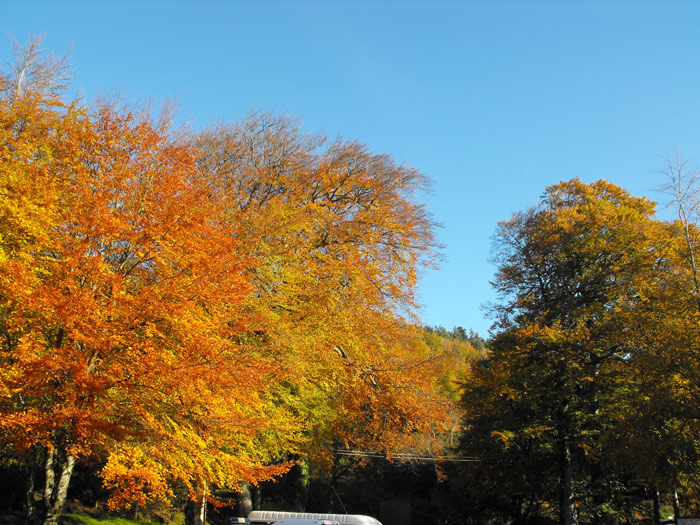 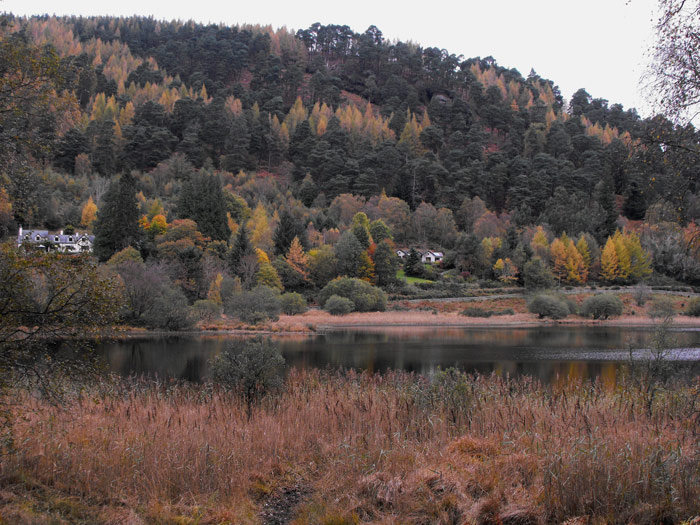