Winter 78/79 was very cold. An average December then turned very cold at months end with snow and some very low temperatures. The cold persisted through much of January and February. On 2nd Jan Kilkenny recorded its lowest air temperature  –14.1° C. There were numerous reports of burst water pipes and of home heating oil freezing up.

Here is the chart for January 1st. It shows a strong cold easterly flow pulling away to our south east and high pressure building over Ireland. The subsequent clear skies and snow cover allowed the temperatures to plummet 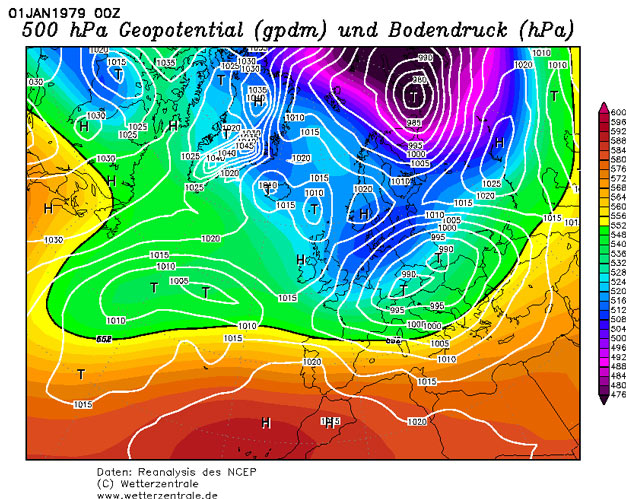