Late December 2009 and early January 2010 saw a very cold spell settle in over the whole country. Winds during the period were coming predominantly from a northerly direction and it became progressively colder. During Christmas temperatures dipped to –6° C but rose very little during the days. There was no snow at this stage, however there were 3 distinct episodes of freezing rain, which fell on to the already frozen surfaces, causing treacherous driving conditions. St. Stephen’s Day in particular saw numerous accidents. By the first few days of January, the ice on ponds was sufficiently strong enough to support the weight of an adult. The chart below was typical of the time - with a north to north east flow coming down from the Arctic. 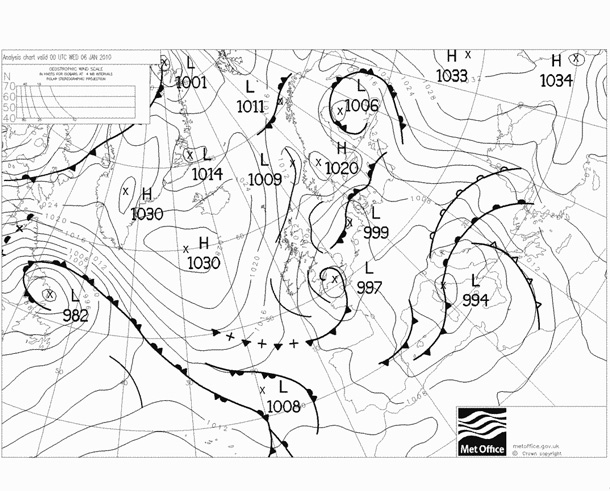 The scene was set for a snow event and this duely arrived on the afternoon of Wednesday 6th. Slow moving snow showers were carried in from the Irish Sea on a light northeast breeze. Light snow began to fall in Kilkenny at 2pm and an hour later this became heavier and settled on all surfaces. Temperatures were below zero and the snow was thus very powdery in nature. By 5pm the snow was at a depth of 5cm in Kilkenny – but nearer 10cm in the east of the county. Snow depths were not really a problem. What was unusual was that this light fall persisted for so long. This was because there was no immediate thaw. The mercury failed to rise above 0 C from 2pm on Wednesday the 6th until noon on Sunday 10th. The snow remained on the ground all through and was topped up by more showers on Saturday and Sunday. It was not until Wednesday 13th before the schools could reopen. 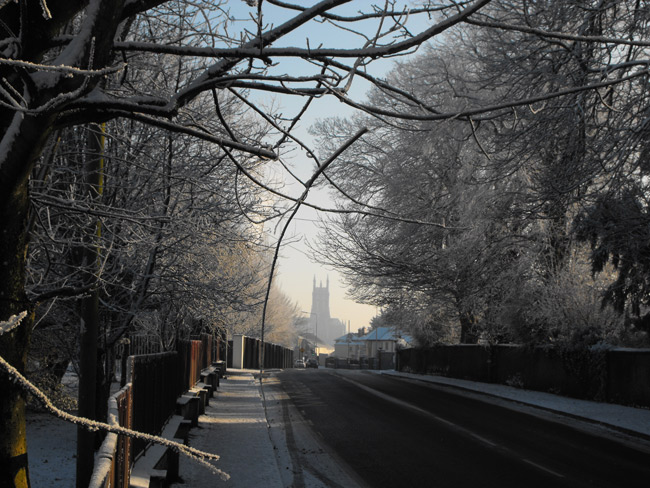 View down the Granges Road, Kilkenny on January 8th. 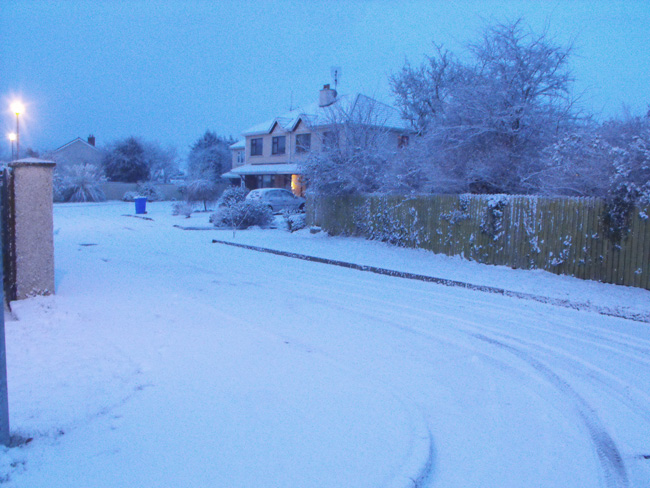 It was during this period that the temperatures dipped to near record values (below –10° C). Kilkenny’s lowest value of –11.1 °C. was recorded on the early hours of the 9th. The snow covered surface and near calm, clear conditions were ideal for a rapid drop in temperature. The graph below shows clearly how a slight northerly breeze prevented the temperature from plummeting until about 3am, when a 2 hour calm spell saw it drop from -8.5 to -11 before the wind picked up again and temperature rose after 5am.

Nevertheless this was the coldest temperature recorded in Kilkenny since January 1982, and coincidently tied with the lowest temperature recorded during the very cold winter of 1962/63. The low temperatures caused widespread problems with burst pipes and many had to queue to obtain drinking water from designated stand pipes. Many households had no water at all for nearly a week. Non-native plants such as the Cordyline tree were devastated. 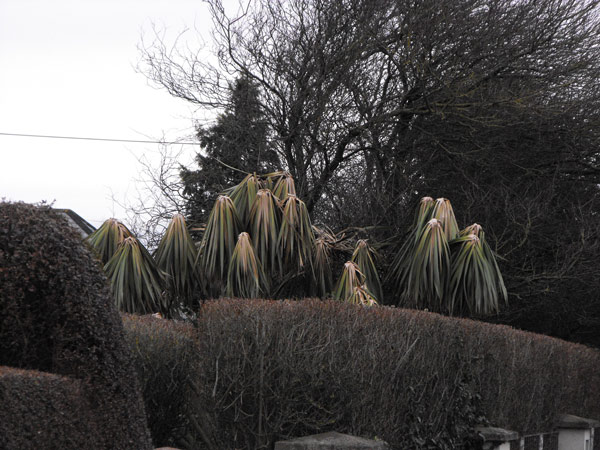 End of the 'lyne! The Cordyline tree was unable to withstand the severe cold 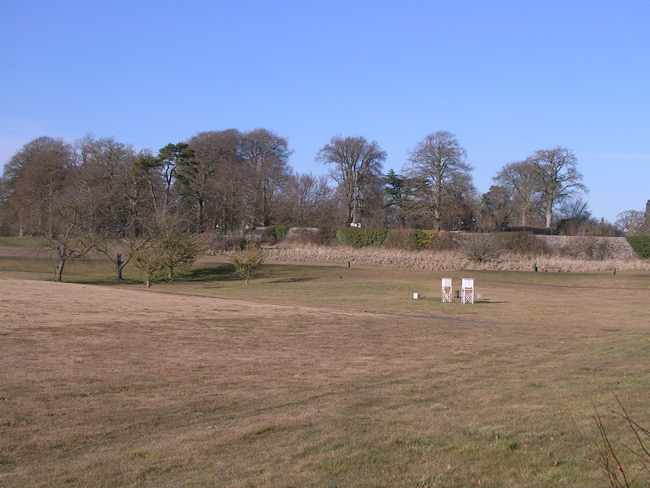 Taking the 31 day month period from 14th December to 13th January the mean statistics for Kilkenny were as follows:

As it happens this period coincides with the old Julian calendar month of December (The Julian calendar lags our normal calendar by 13 days and its use in Ireland, ceased in September 1752). Putting this month period into context – it is very rare in Ireland to have a full month period with a mean temperature below zero. The only other time this happened in Kilkenny was January 1963.