In 1609 Kilkenny received its first city charter and so in 2009 we celebrate its first 400 years. Now of course we do not have continuous temperature records going back anywhere near that length of time - however we do have a worthwhile comparison that brings us back 350 of those 400 years.

People who study climate often use "proxy" or substitute data (such as tree rings or ice core analysis) to give an indication of what temperatures were like in times long passed. But luckily we do not need to go to those lengths. I have noticed a worthwhile similarity between the annual temperatures at Kilkenny and those of Central England. This is not really surprising in that our lattitude is about the same.

On this page I have also presented a review of events as they unfolded and especially how the changing temperatures affected the people up to the 1900's.

***Note when reading these graphs it is worthwhile to note that 7 of the last 10 years have seen annual temperatures in Kilkenny in excess of 10 degrees C.*** 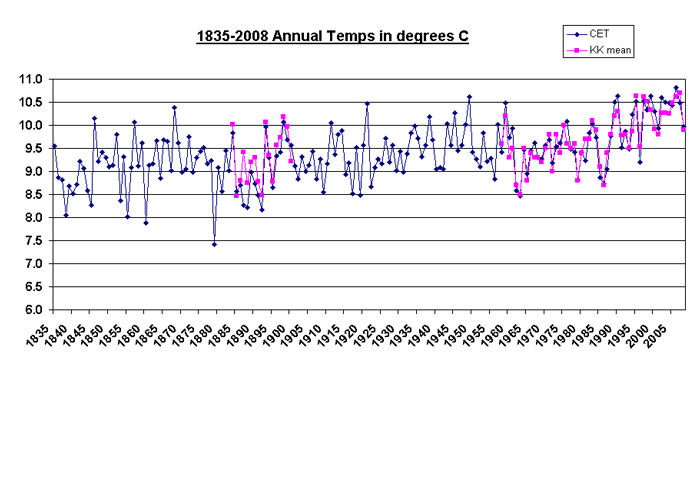 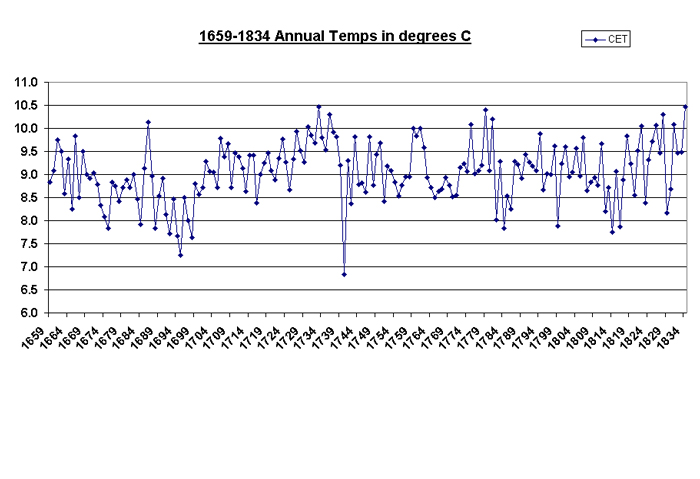 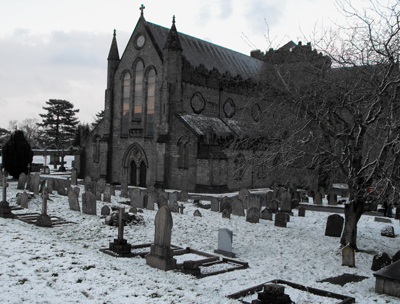 The mid part of the 17th century was Kilkenny's "golden age" In 1641 the Confederation of Kilkenny began and the parliament sat here for several years. For an idea of the social history of the time, check out this website : The Hole in the Wall. The purpose of the confederation was to unite the Old Irish and Anglo-Irish against English persecution of Irish Catholics.

In 1650 (9 years before the graph begins) Cromwell and his troops arrived and laid seige on Kilkenny. The confederation was well and truly ended and St Canices Cathedral (pictured) was left roofless.

For the remainder of the 17th century annual temperatures were held between 8 and 9 degrees centigrade. This is about a full 2 degrees below what we have been used to in recent years. Much of Europe was held firmly in the grip of what has become known as the Little Ice Age. Around this time Mr John Kevan was keeping his weather diary on behalf of the Duke of Ormonde. The only mild year that shows up was 1686 - when the annual temperature edged over 10 C.

However just 9 years later and temperature nose dived again in what was to become the second coldest year in the series.When the new century began there was a slow but gradual rise in temperatures right up to 1739. But what happened next was one of the most traumatic years ever to affect Ireland.

Figures are not exact but it is estimated nearly 300,000 people perished at this time (which was about one eighth of the population of Ireland). This is about same fraction of the population that died in the early years of the Great Hunger. 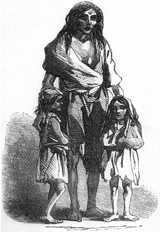 And the simple reason for this great tragedy was prolonged extreme cold for which the Irish population were totally unprepared. The temperatures were more akin to modern day Iceland. It began in earnest in November 1739 and by December conditions were so cold in Ireland that in the normally mild Cork area, the river Lee had frozen over so that frost fairs were held on it. All through 1740 temperatures remained well below normal except after the end of a cool summer, there was a brief break in Sept when somewhat mild conditions prevailed. However that ended suddenly with a very cold October with widespread snow. The winter that followed was cold (although not as cold as 1740) and finally temperatures bounced back in late Spring of 1741 and there followed a reasonable summer.  Needless to say the harvest was very bad those years and many unfortunate people died of starvation. 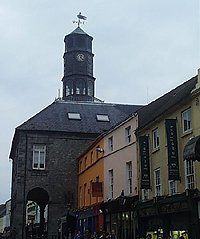 After 1740 Kilkenny was still held firmly in the grip of the Little Ice Age. Coincidently (or not) though there were three years in the middle of the century when annual temperatures were more like our current temperatures. During this period 1759-1761 the Tholsel was constructed. Literally it is the tax hall,  from "toll" - tax "sael"- hall.

But temperatures dipped again therefafter. In 1763 Kilkenny was struck by the Great Flood which swept away the bridges across the Nore. For the rest of the 18th century annual temperatures rarely reached the 10 C mark.

The 19th century began cold also. There was a particular time between 1812-1817 when the weather was very cold. 1816 was especially cold and throughout much of the Northern Hemisphere that year has become known as The Year Without A Summer. Climatologists point their finger of blame on a combination of low solar activity and unusually severe and frequent volcanic activity. In 1815 there was a massive volcanic explosion at Mount Tambora in modern day Indonesia. This was in fact the largest volcanic explosion in over 1600 years. 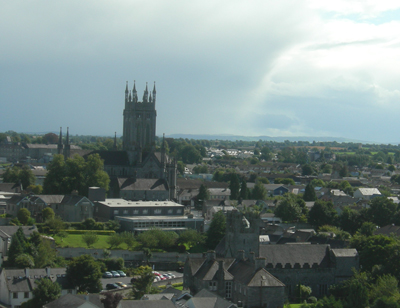 On the temperature graph, 1822 was the first year in over 40 years that the annual temperature nudged over the 10 degree mark. The population of Kilkenny city at this stage (23,000) was not far off current values. Conditions were still quite variable but were gradually becoming milder. 1834 and 1846 saw annual temps again over 10 C. Ironically this same mildness also provided conditions favourable to the spread of the devastating potato blight.

Remarkably despite the great hunger, St. Mary's Cathedral (pictured) was constructed between 1843 and 1857.

At least though the weather was still  improving.The summer of 1852 was a good one and 1855 and 1857 not too bad either. After 1845 until 1879 annual temperatures were (bar one or two exceptions) kept between 9 and 10 degrees. This is similar to much of the 20th century. 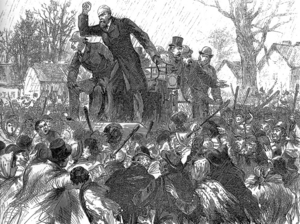 Temperatures dipped again towards the end of the 19th century. 1879 was the last great truly cold year and the winters of '81, '91 and 1895 were harsh. But mixed in you also had some dry years and the remarkable summer of 1887 when Kilkenny recorded Ireland's highest temperature under standard conditions.

It was during this hard winter of 1890/91 the great Irish statesman and land reformer Charles Stewart Parnell came to Kilkenny to campaign in the North Kilkenny election.However in December 1890 some of the public had turned against Parnell because of his relationship with Kitty O'Shea. He received a hostile reception in Castlecomer and had quick lime thrown at him. The combination of hard campaigning and ill health (kidney disease) were taking its toll on Parnell. In Sept 1891 following a soaking he received in Co. Roscommon, his health took a turn for the worse and he passed away shortly afterwards at the relatively young age of 45.

By the end of the century the weather was definitely warming again. 1898 was over 10 degrees again and the last year reminiscent of the Litlle Ice Age (1879) was becoming a distant memory.