The 21st June was a showery day with brisk Southwest winds and a low pressure system close to the north of Ireland. Over the midlands some heavy showers built up and gave downpours over County Meath which later moved into Louth and northern Ireland. At about 8:30 pm one such shower passed close to Portlaoise. The rainfall radar grab for about this time shows an intense shower just to the northwest of Portlaoise (the red spots show intense rainfall). 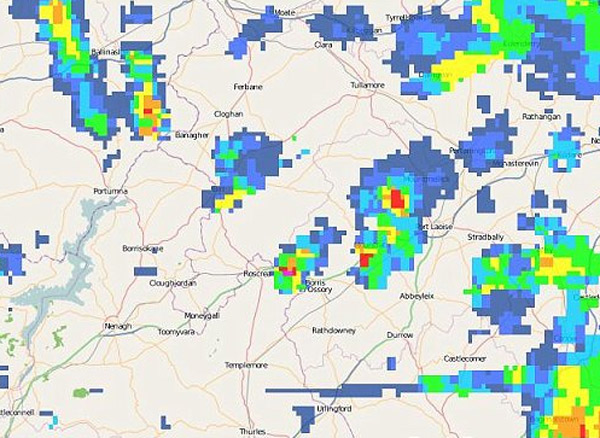 Around this time a tornado formed and made a track through house, lifting roof tiles, patio heater and a trampoline. The trampoline was carried from the back to the front of the house. Only one house appears to have been affected with the tornado later moving on through a field. The house resident gave a good account of the event on 2 FM. The podcast of this and some damage pictures are shown below. 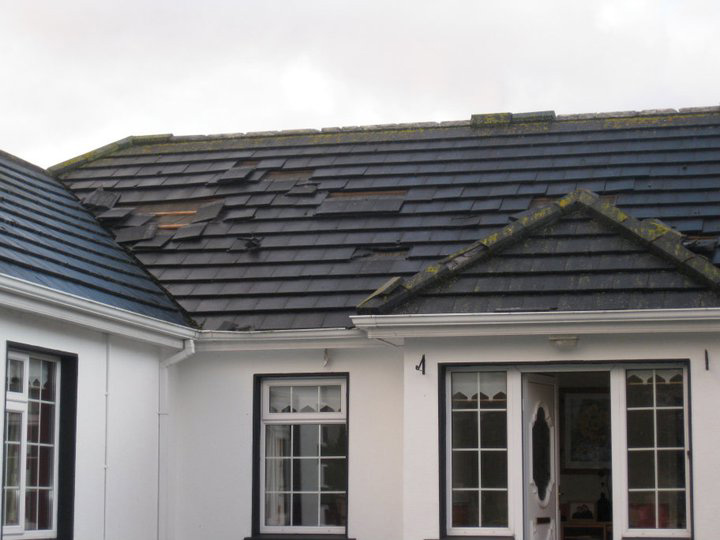 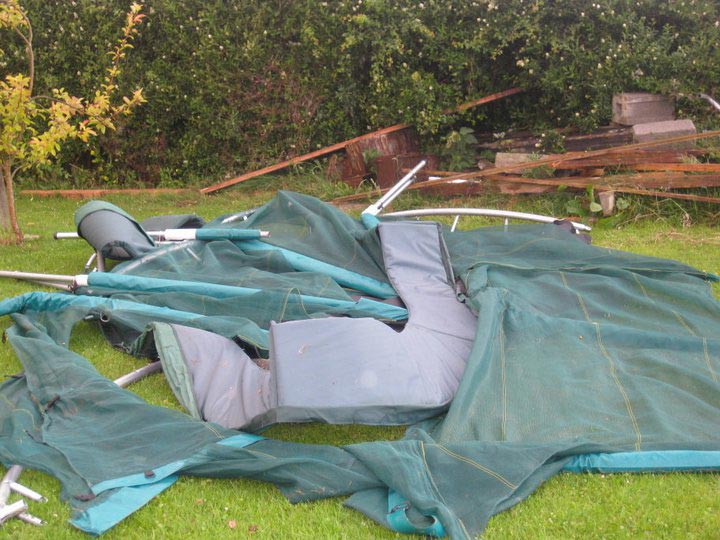