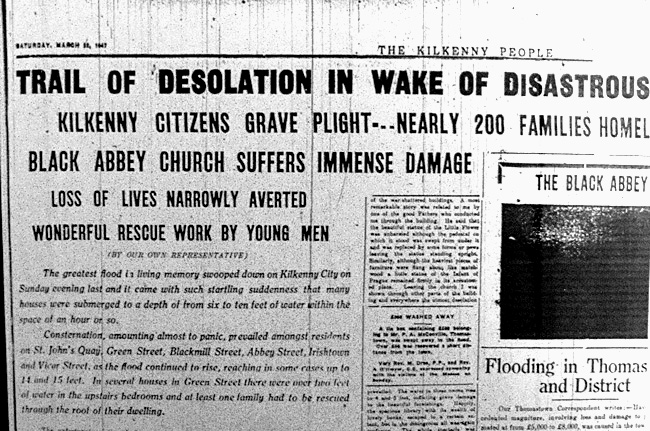 This was the year of the big snow (and subsequent big flood). The first snow arrived in late January and persisted right through to early March. Drifts in the exposed country areas of 2-3 metres were not uncommon, obscuring the narrow roads. Unfortunately, the thaw came rapidly in March and the ensuing flood caused considerable hardship to anyone living near the river Nore. The river rose so high that some residents had to be rescued from the top floor windows of 2 storey houses. Here is a picture of flooded John Street (looking east): 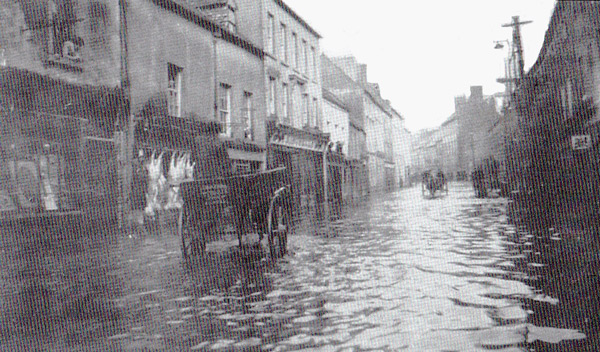 One unfortunate impact however was the collapse of the pedestrian suspension bridge over the river Nore. This bridge was built to accommodate mill workers crossing the river Nore from their residences at Talbot’s Inch, about 3 km north of the city.  Here are two images of the photogenic bridge before the flood of 1947 and one image taken just after the flood. The bridge has not been rebuilt since. 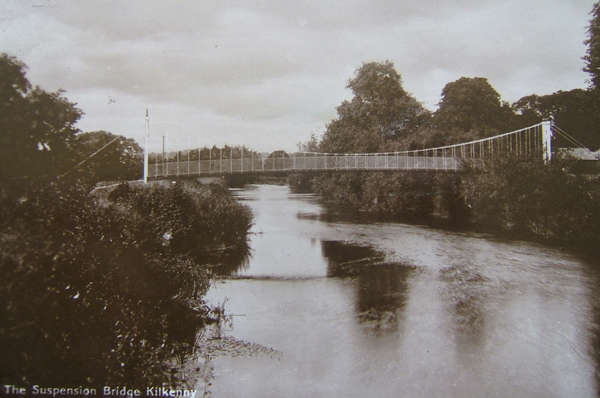 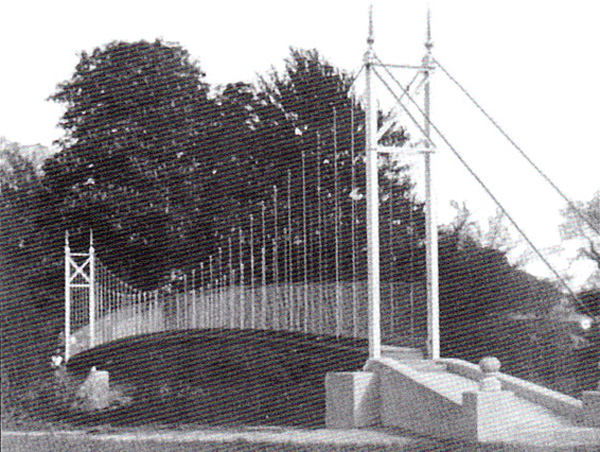 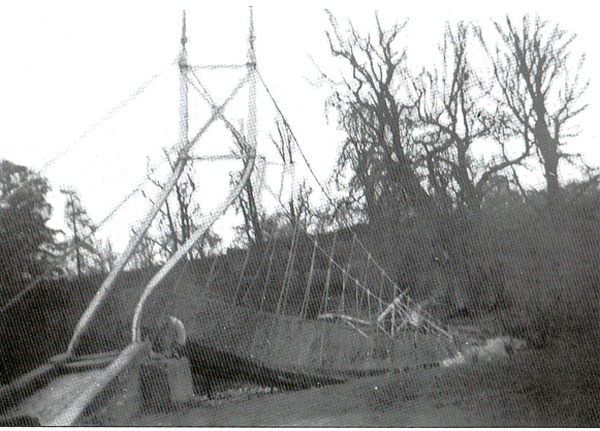 Flooding continued every few years or so in Kilkenny and townspeople were reliant on the skills of engineer Harry Shine, who used a series of gauges upstream to accurately predict flooding and gave people time to evacuate before the flood arrived. In recent years a new flood relief scheme has (so far) solved a centuries old problem.

On the link below there is an eyewitness account by Mr Charlie Cullen of the great flood of 1947: